About Us | MacPhils Consulting Limited 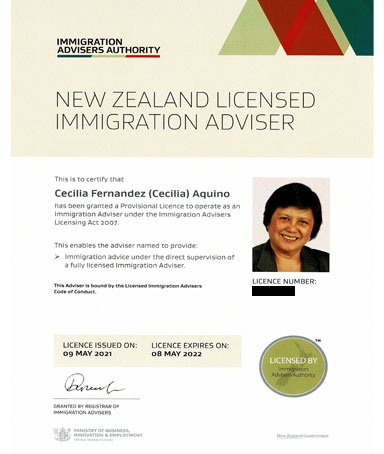 DR. AQUINO has been residing in Auckland, New Zealand since 2003 where she decided to migrate after her retirement from the Philippine National Bank where she worked for 20yrs. serving various positions. She was Assistant Vice President under the Office of the bank President until her retirement. At the same time as she was in the banking industry, Dr. Aquino’s passion in teaching found her way into the academé and became a lecturer in the Graduate Programmes of the various universities in the Philippines.

Upon settling down in the “City of Sails” she got involved likewise in the education and banking sectors, eventually held positions as principal/academic manager in various PTE’s in Auckland, NZ.

Working as school administrator and dealing directly with the students, Dr. Aquino saw an imminent gap between the schools needing enrollees and overseas students wanting to pursue their studies in New Zealand. To fill in the gap and coupled with the desire to help, Dr. Aquino provided consulting services and later decided to establish MAC Phils Consulting Limited and CFACOMS PHILS. in order to better serve and assist the students as well as the schools needing help.